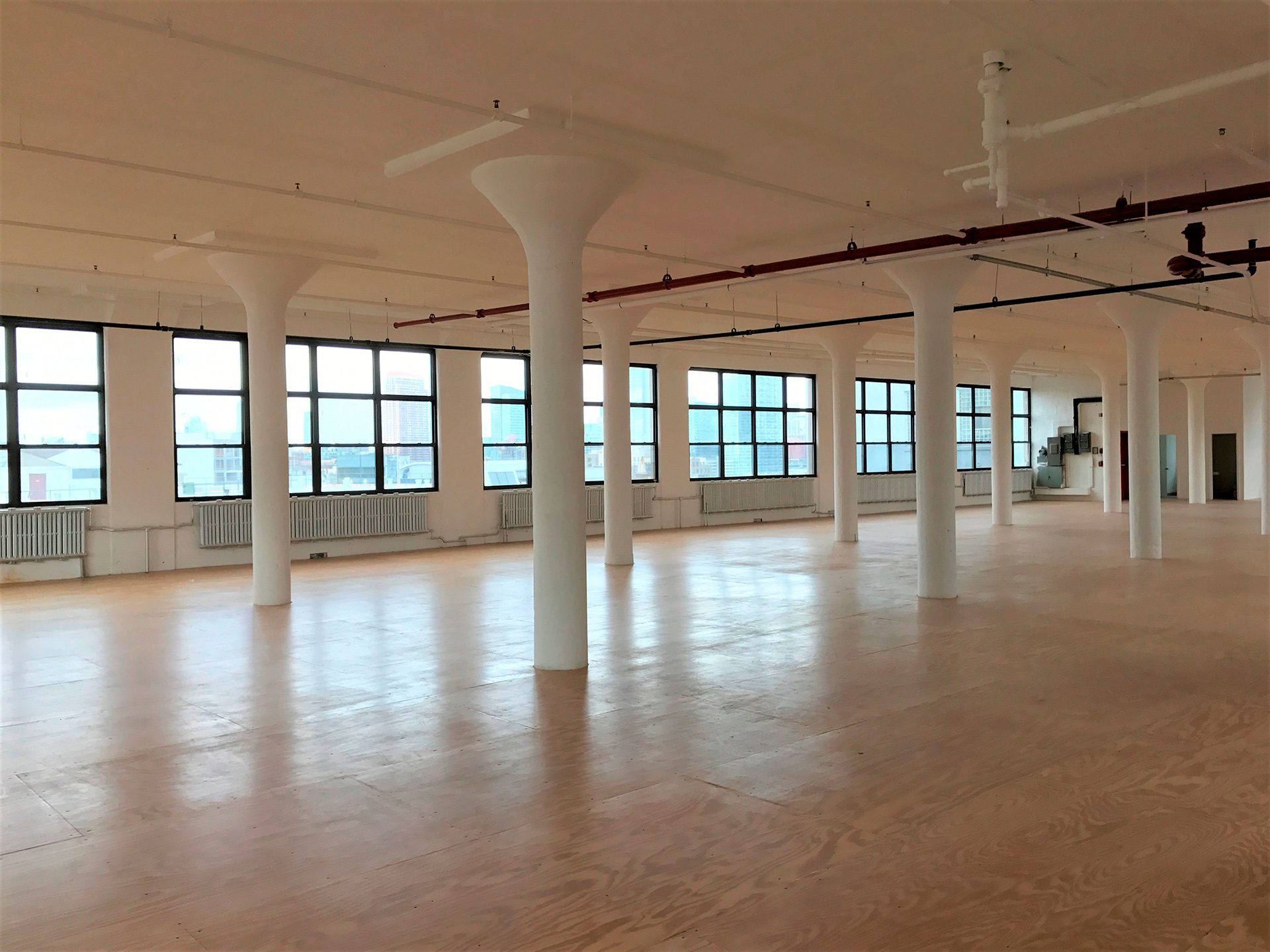 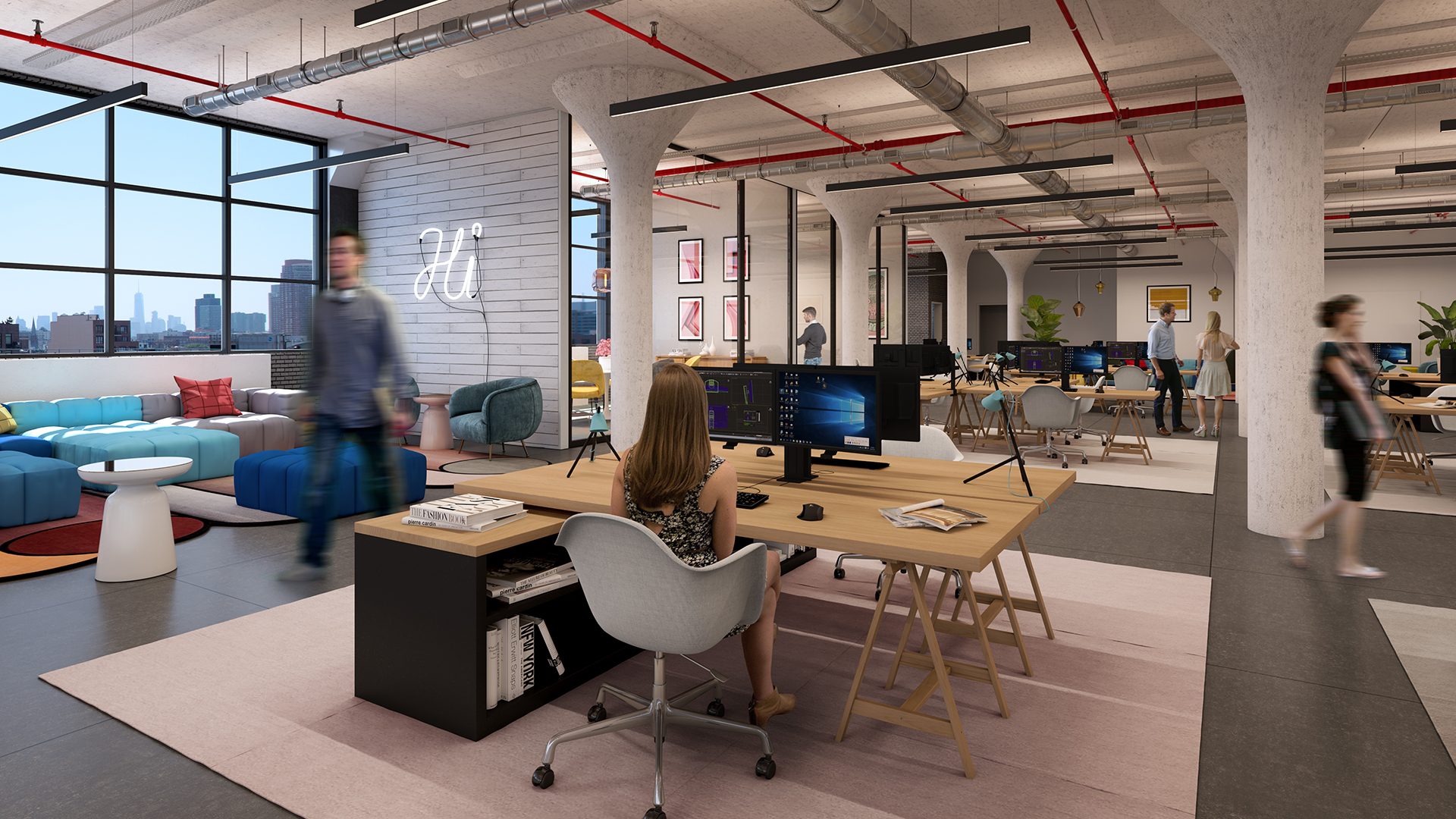 To maximize the long-term value of this asset for Normandy, we looked to increase the building’s square footage. To capture an additional 70,000 square feet of space for the developer, we are adding a multi-story addition atop an existing loading dock, shifting the main entrance, and renovating the 7th floor to create a singular penthouse space for premier tenants.

First, we’re moving the loading dock to the rear of the building to create a new, central logistics area. This will increase retail frontage of the building while also adding square footage to the office space on the four floors above. The addition is capped off by a new, accessible roof terrace which is one of the most desirable amenity spaces in today’s commercial interior market. 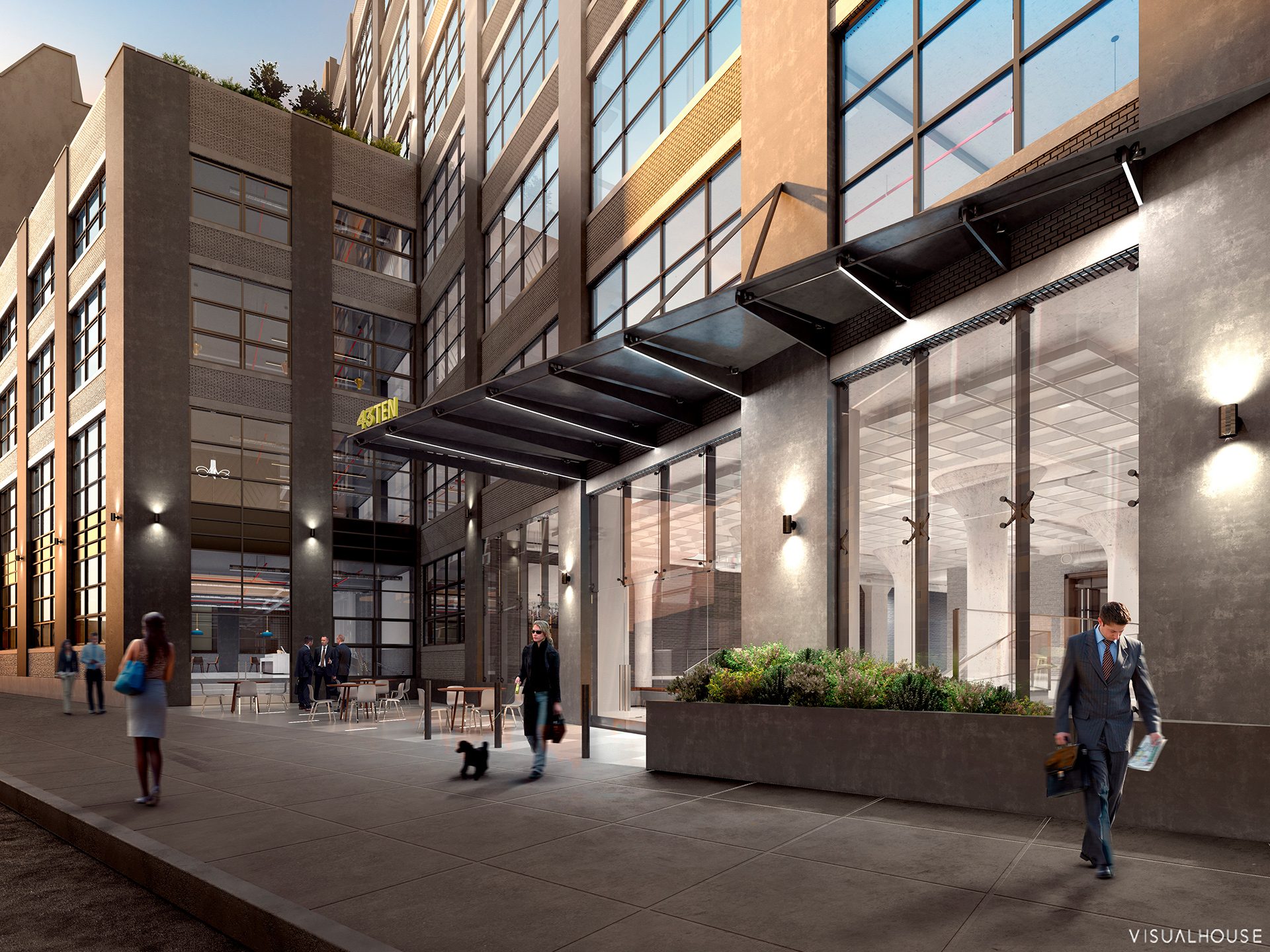 Our rearrangement of the lobby and entrance experience opens new space on the ground floor for retail that will attract stores and restaurants to cater to the future tenants as well as the surrounding neighborhood. In the lobby, we custom-designed and manufactured a 3D-printed feature wall which we’ll produce and install directly on-site to give the space a tech vibe upon entry. 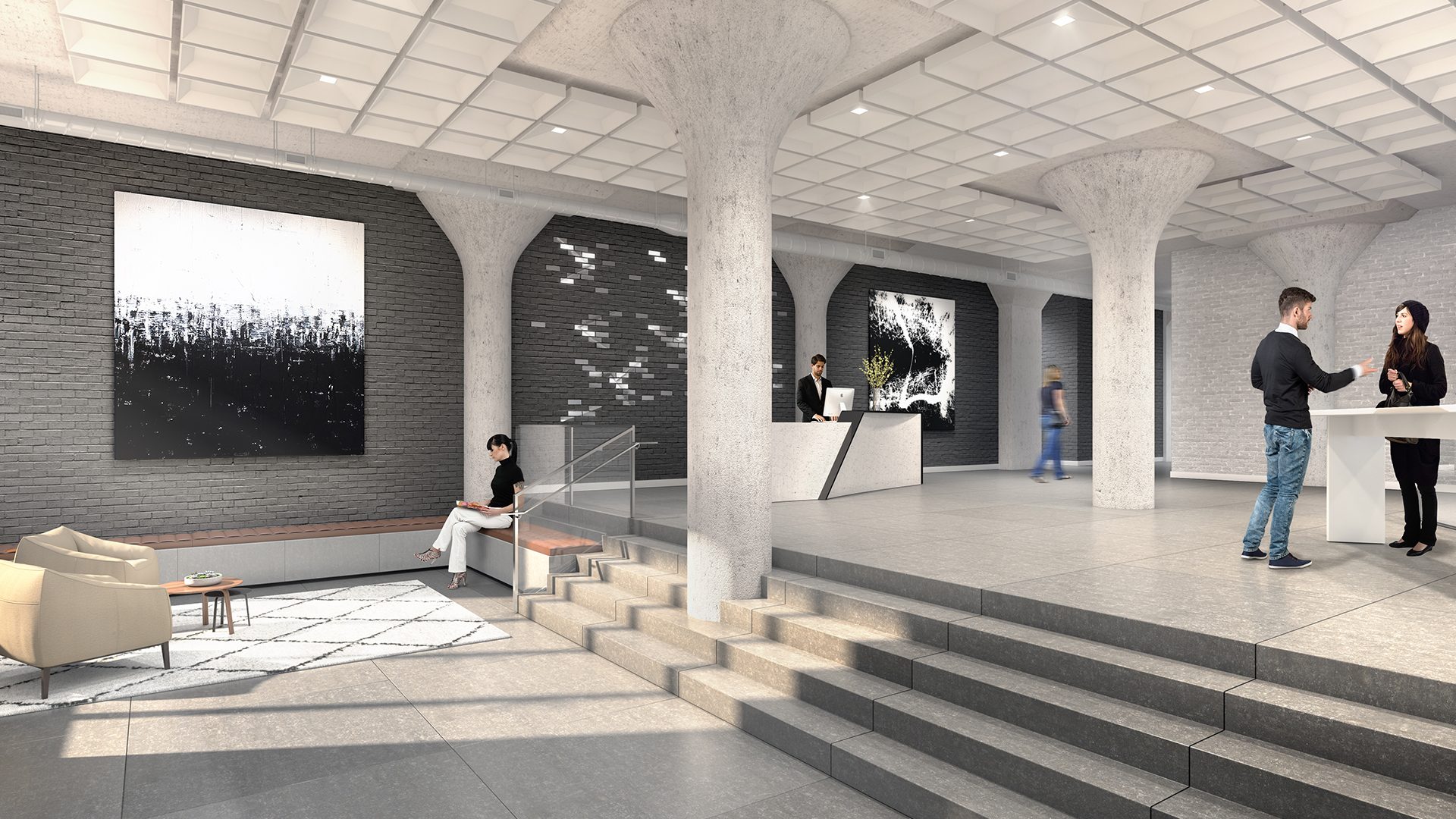 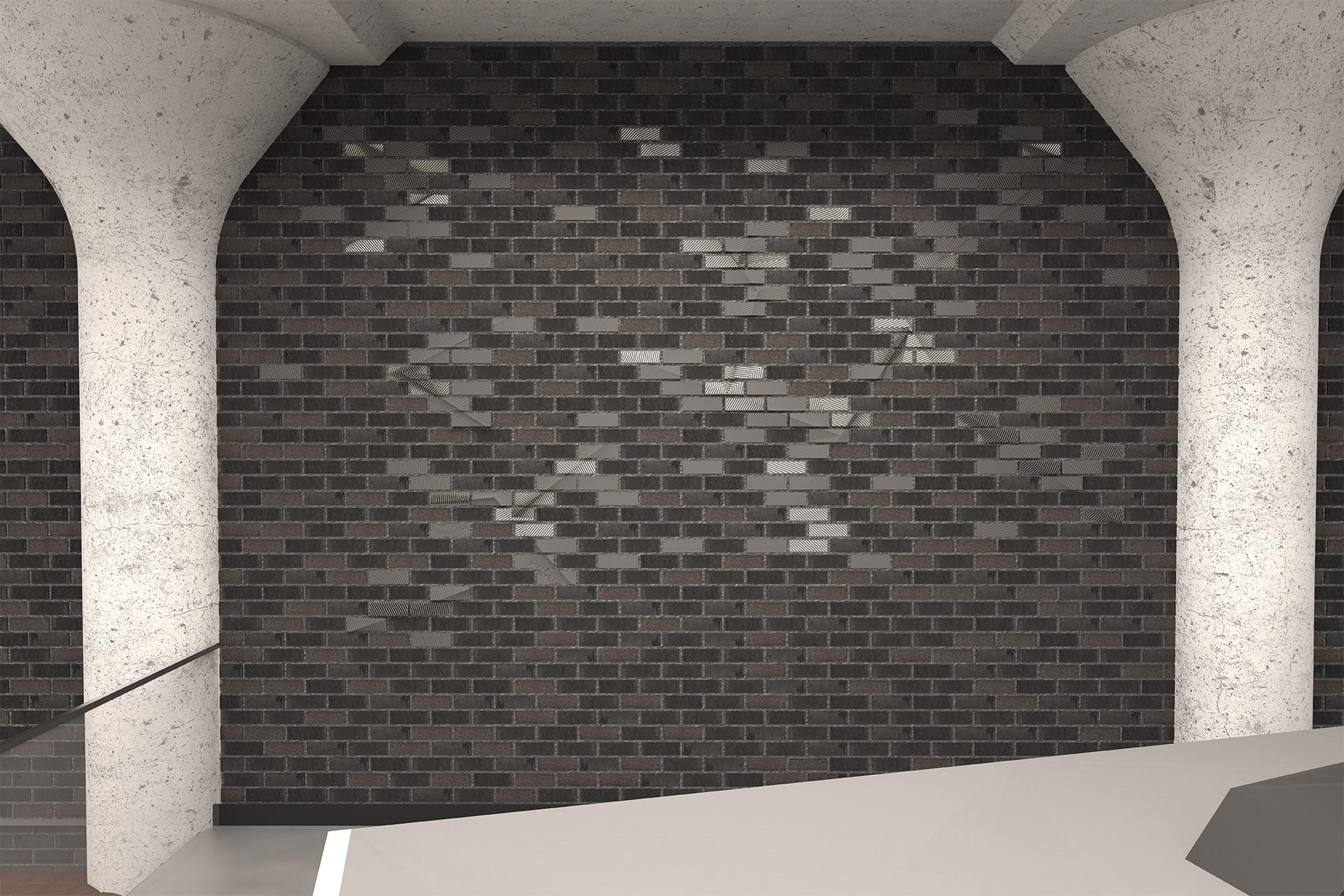 To transform the penthouse, we’re replacing the existing, tacked-on wings with a new overbuild complete with a new flooring structure and outdoor pavers. This renovation will create a fully unified space and seamlessly transition to the revitalized roof terrace, creating flagship space designed to attract top-tier tenants. The commanding views from both this newly created penthouse space and roof terrace will attract top tenants and rental rates for Normandy. 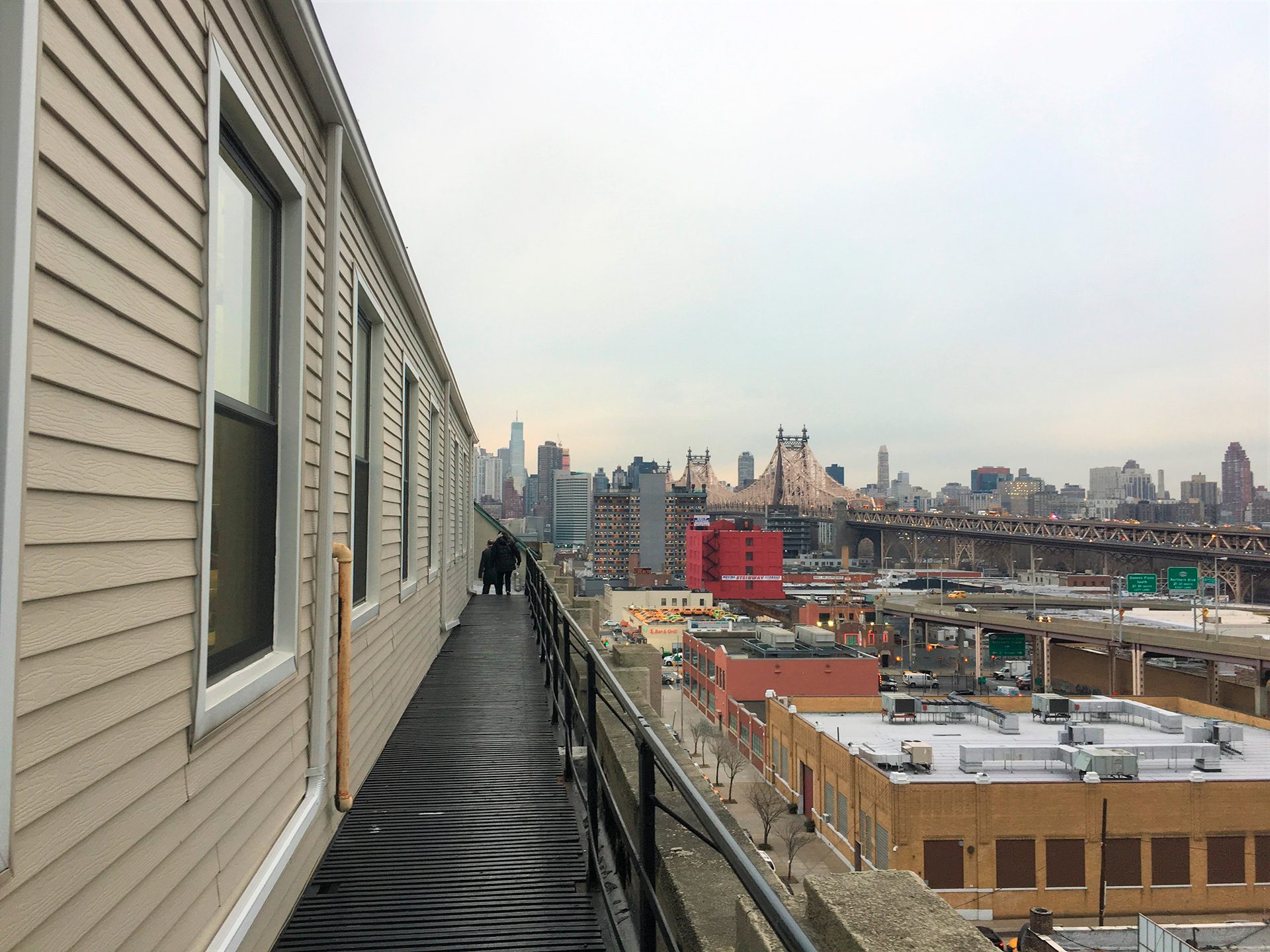 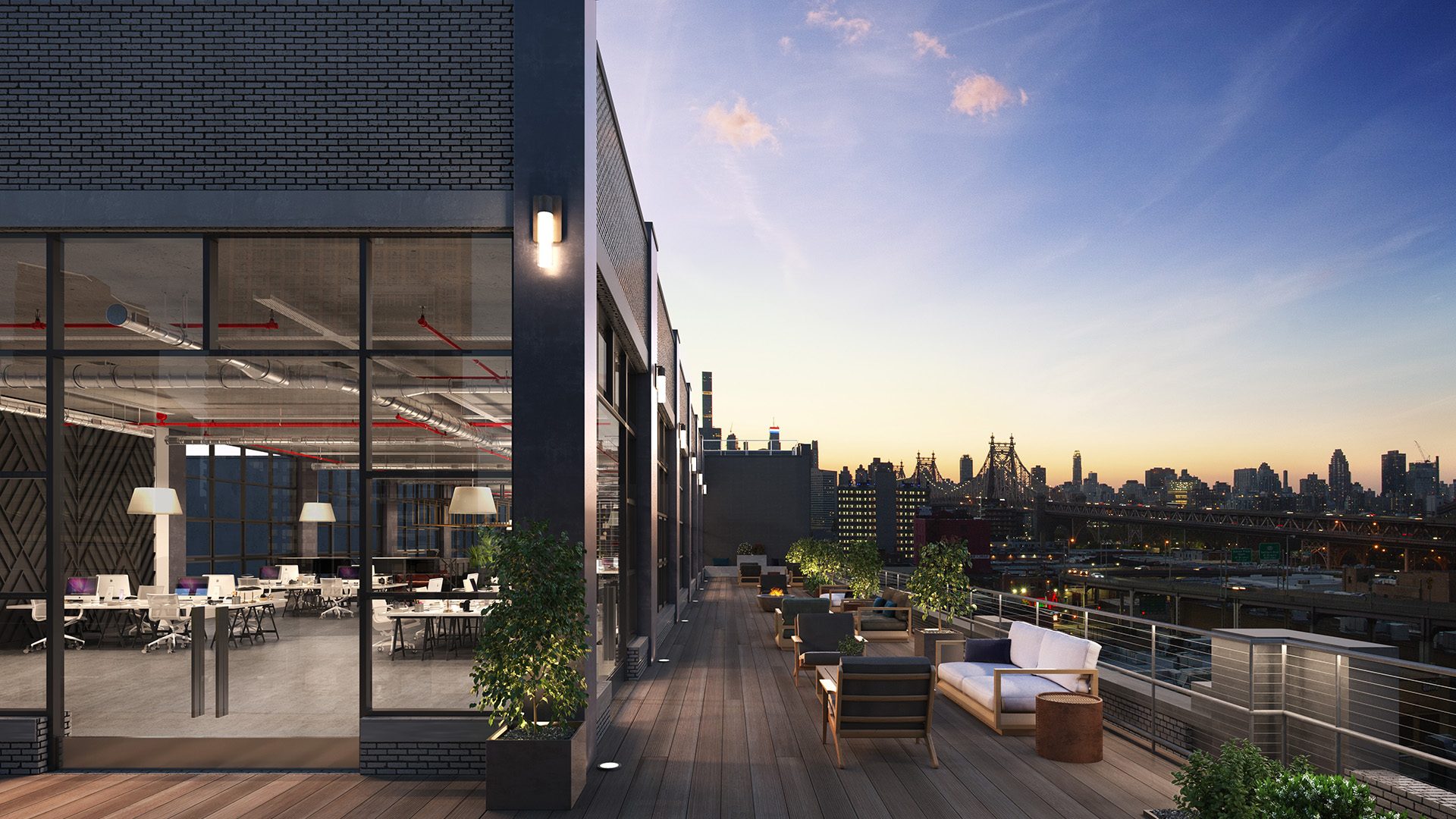 It’s not just 43TEN’s past that we wanted to improve on, but also its future. The E-shaped structure—which will expand from 130,000-square-feet to 200,000-square-feet—will offer both large, open floors for established companies or the flexibility to subdivide for multiple tenants. New building systems and integrated technology infrastructure will be fully upgraded to support the diverse needs of 21st Century companies. Combined with 43TEN’s amenity program, like increased access to outdoor space, 43TEN is the ideal location for companies needing long-term leases looking to grow and evolve over time. 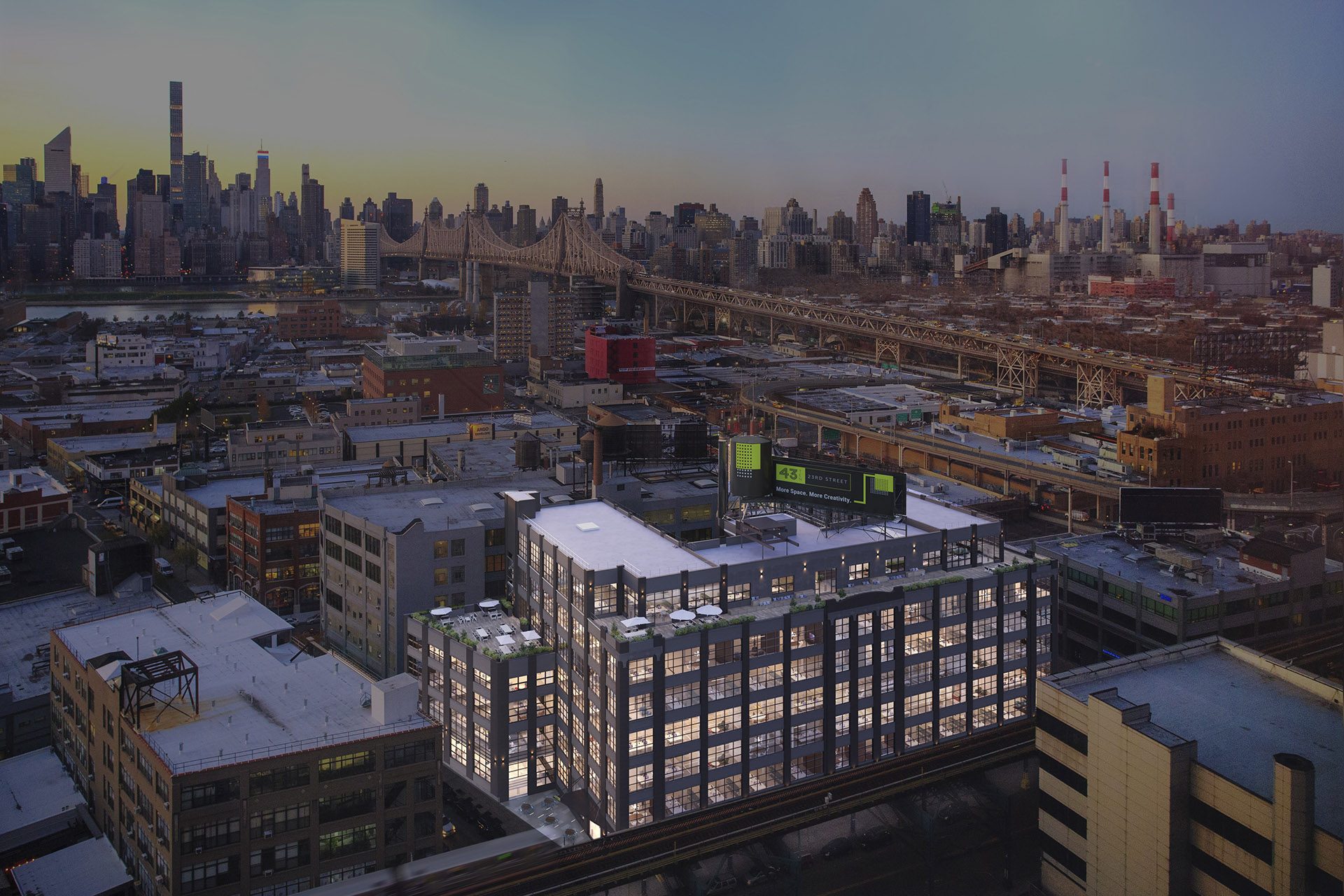