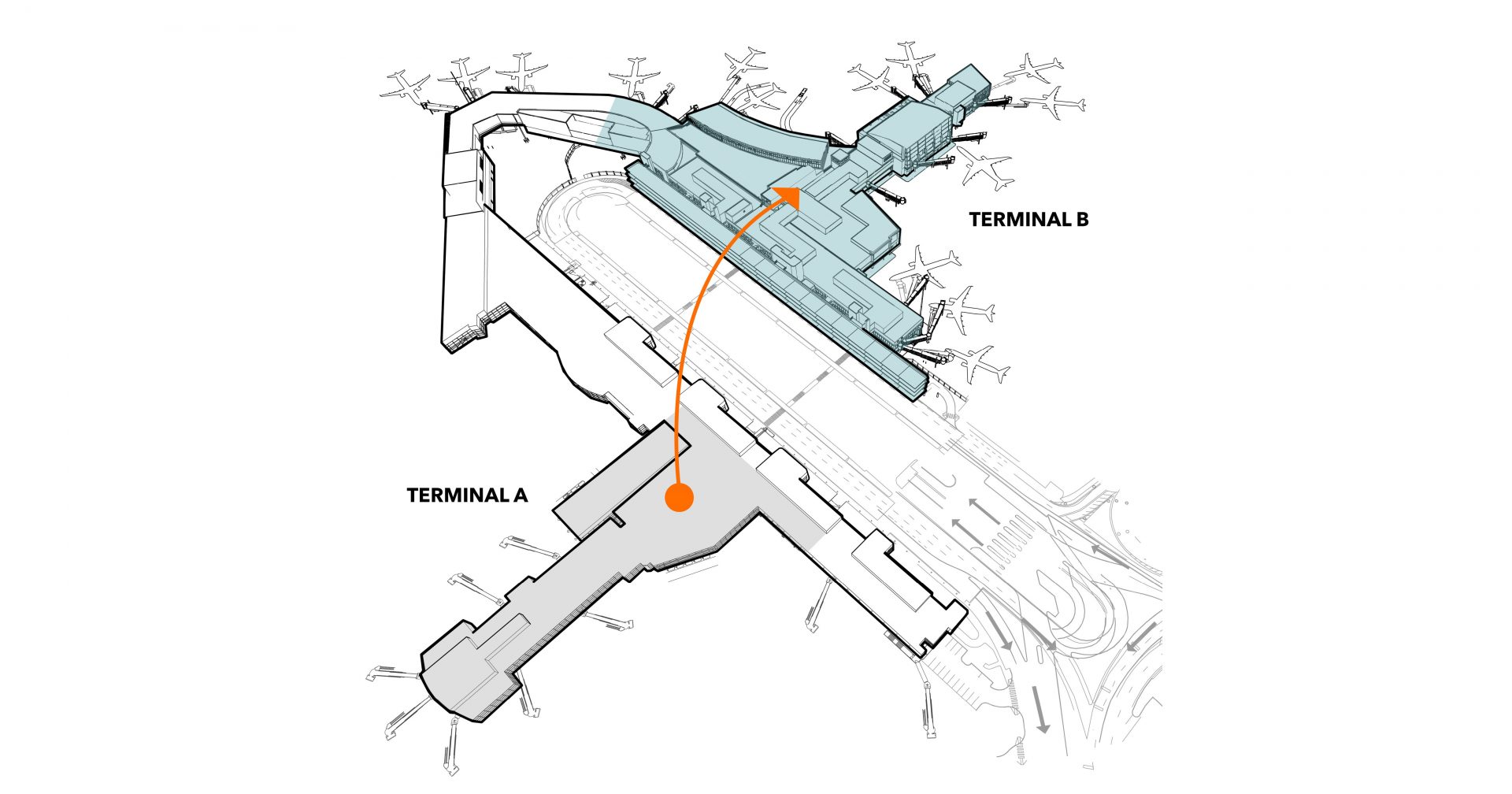 Working with American Airlines, we designed a five-phase approach to complete the co-location work in tandem with the base building renovation of the Terminal at Logan International Airport. The primary goal was to keep the departments within the spaces fully functional within swing spaces while we reshaped their newly spaces to create better efficiencies. This approach meant we had to move groups individually so that no two groups had to share a swing space at the same time. Each reconfigured space was then refurbished to improve communication between departments and offer opportunities for flexibility where previously none had existed—for instance, a multipurpose room that can be opened off to host all-hands meetings or cordoned off into smaller rooms for individual department huddles.

Over the years Terminal B airport operations spaces had been subject to layers of patchwork fixes, so we gut-renovated the whole thing and gave each department brand new spaces. We took out unnecessary offices to ease circulation, including creating a main thoroughfare with cross streets through the space—now known as the “runway”—which streamlined and improved access between many spaces for employees. 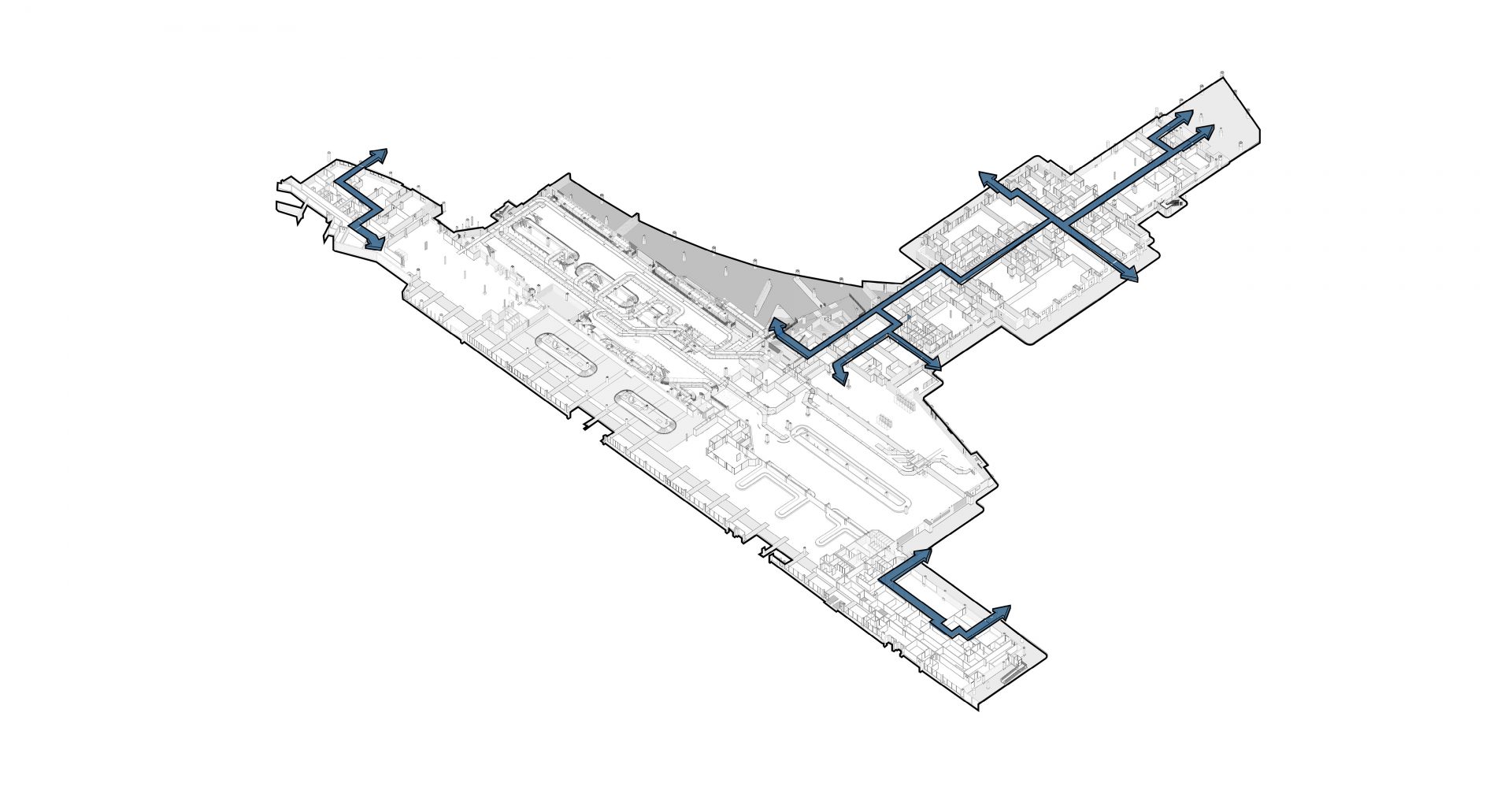 Gaining Ramp Access from All Sides of the Pier

Simultaneously, we improved ramp access. Previously, ramp workers were allotted small areas which were segregated from the rest of the airport operations areas preventing them from passing through the Terminal to the other side. The existing penetrations in Terminal B gave us the framework, and with a little strategic space planning, we successfully gained access to all sides of the ramp from the entire Terminal, significantly improving the workflow and efficiency for all personnel. 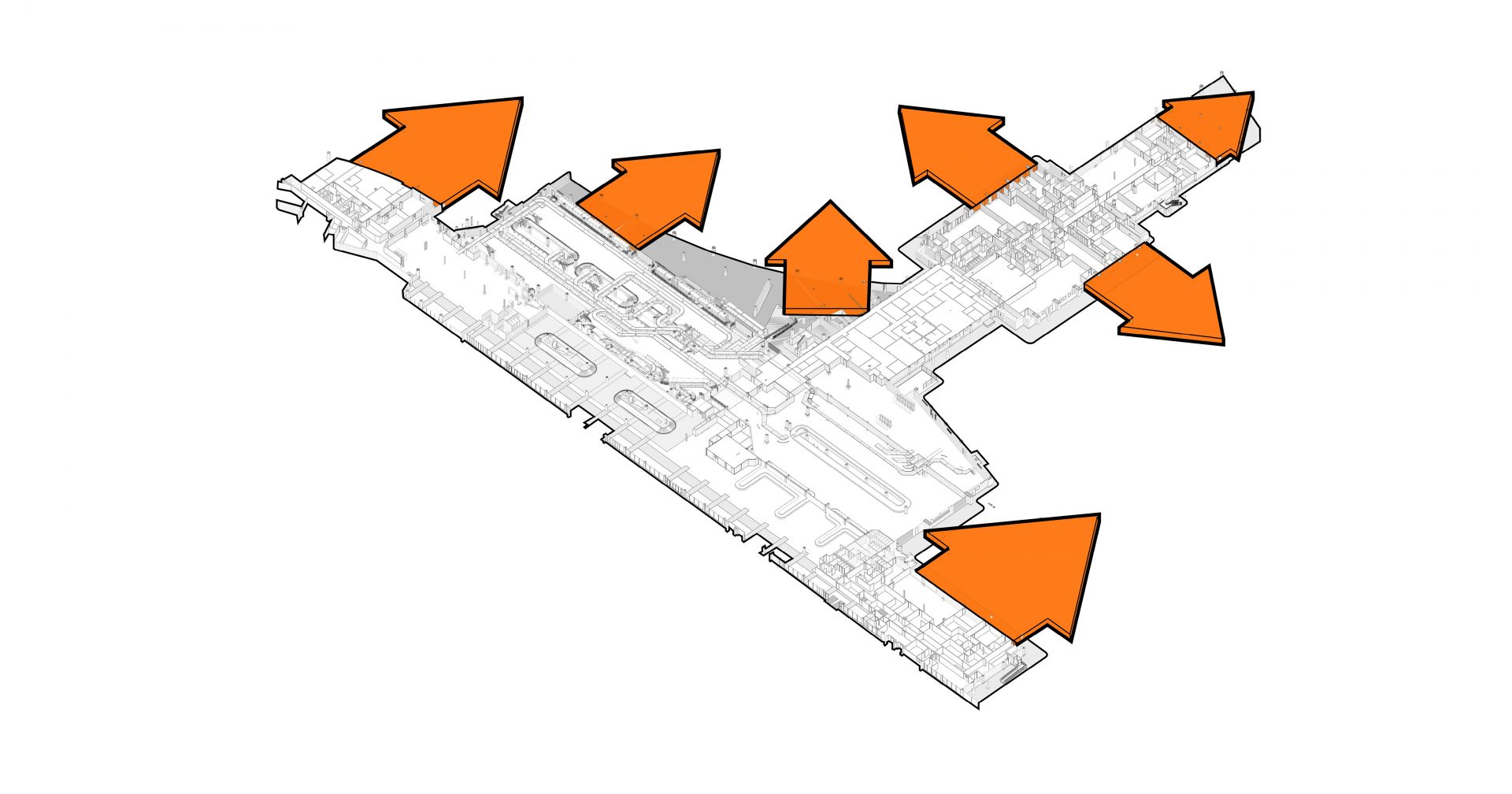 The acquisition of US Airways by American Airlines occurred in the fall of 2015, and American Airlines completed the consolidation project in January of 2019. The newly renovated spaces at Terminal B of Logan International Airport ultimately improve the customer experience for American Airlines, with Mancini’s work behind-the-scenes on airport operations spaces help the airlines seamlessly facilitate back-of-house operations as efficiently as possible.