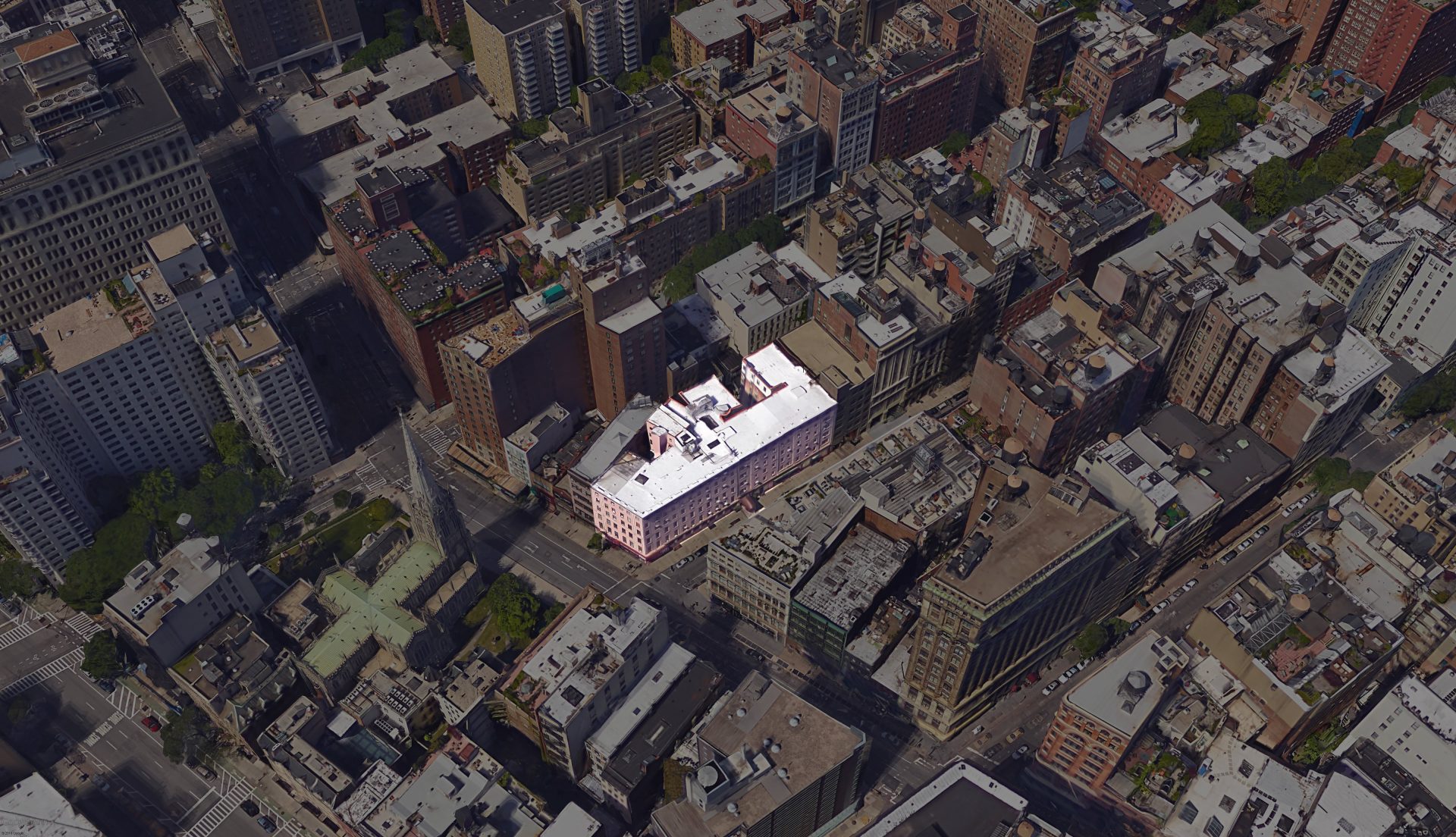 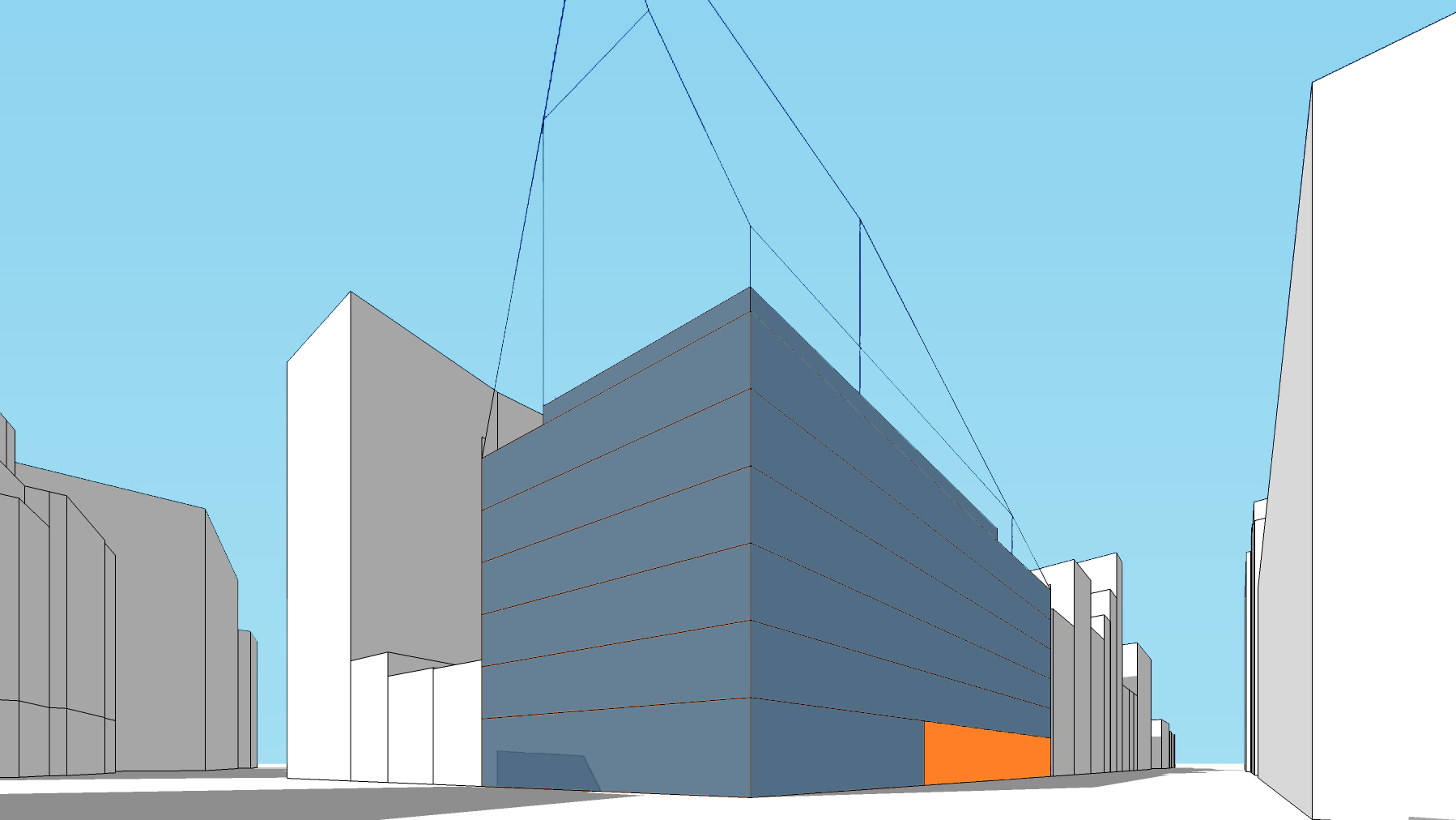 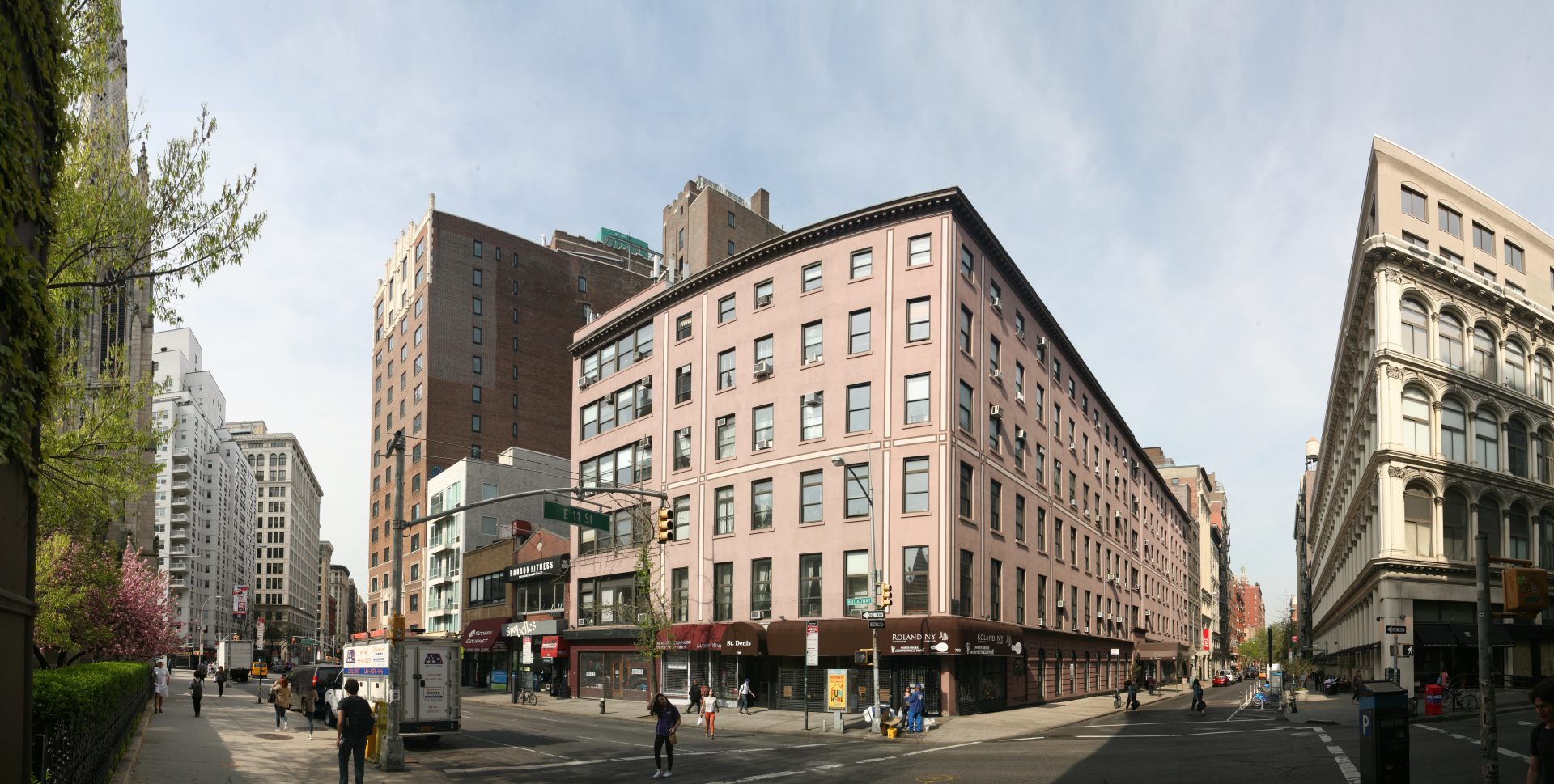 As the neighborhood has evolved to keep with the needs of the people who live and work around it—most recently to keep pace with the tech boom in New York—it has seen companies flocking to the Flatiron, Union Square, and Greenwich Village neighborhoods. This boom has resulted in the transformation of many aging buildings, like warehouses and manufacturing buildings, to meet the demands of the 21st Century workplace. The site is in the heart of this new “Silicon Alley,” and our design realizes its full potential to attract top tech tenants. 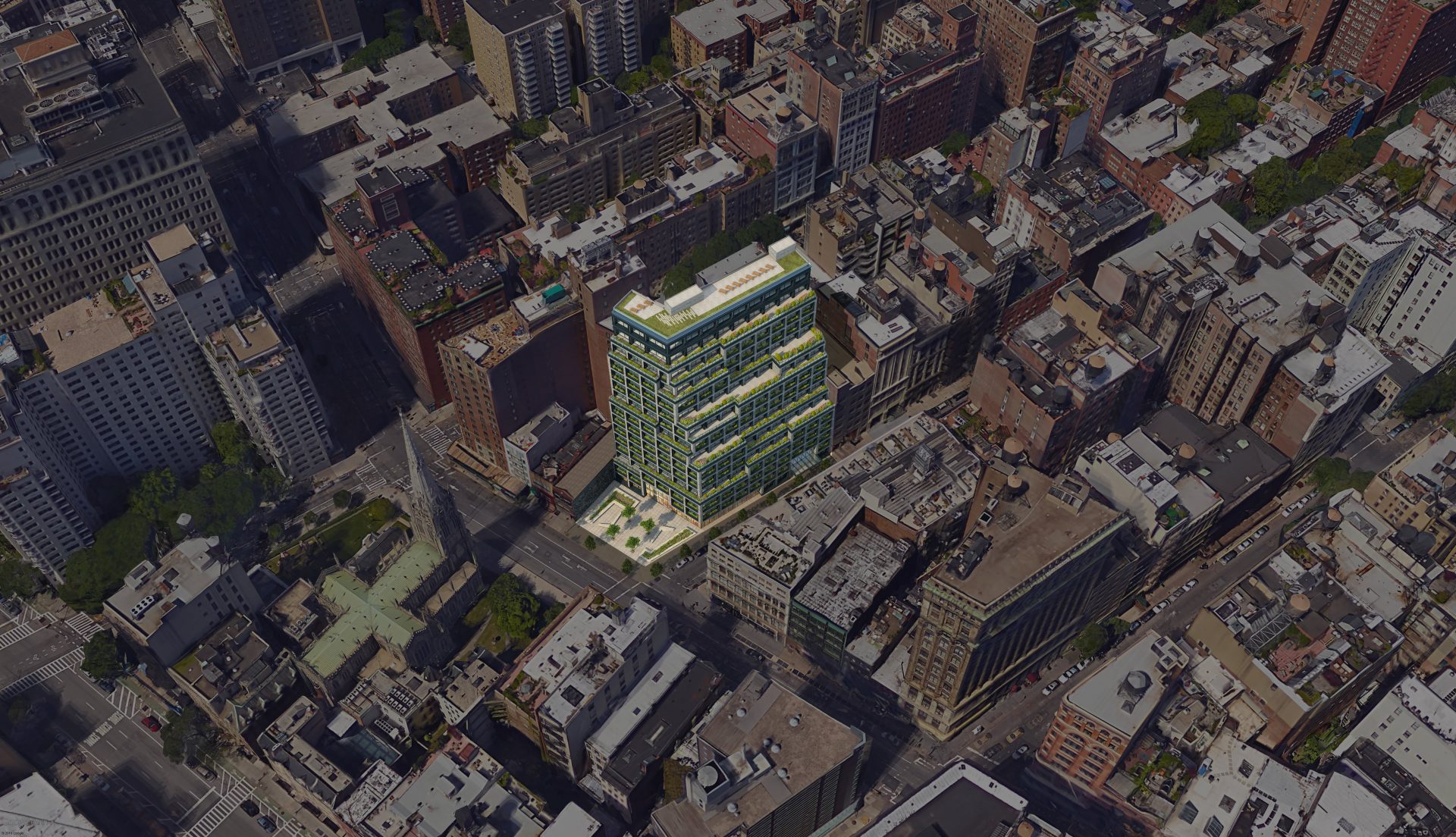 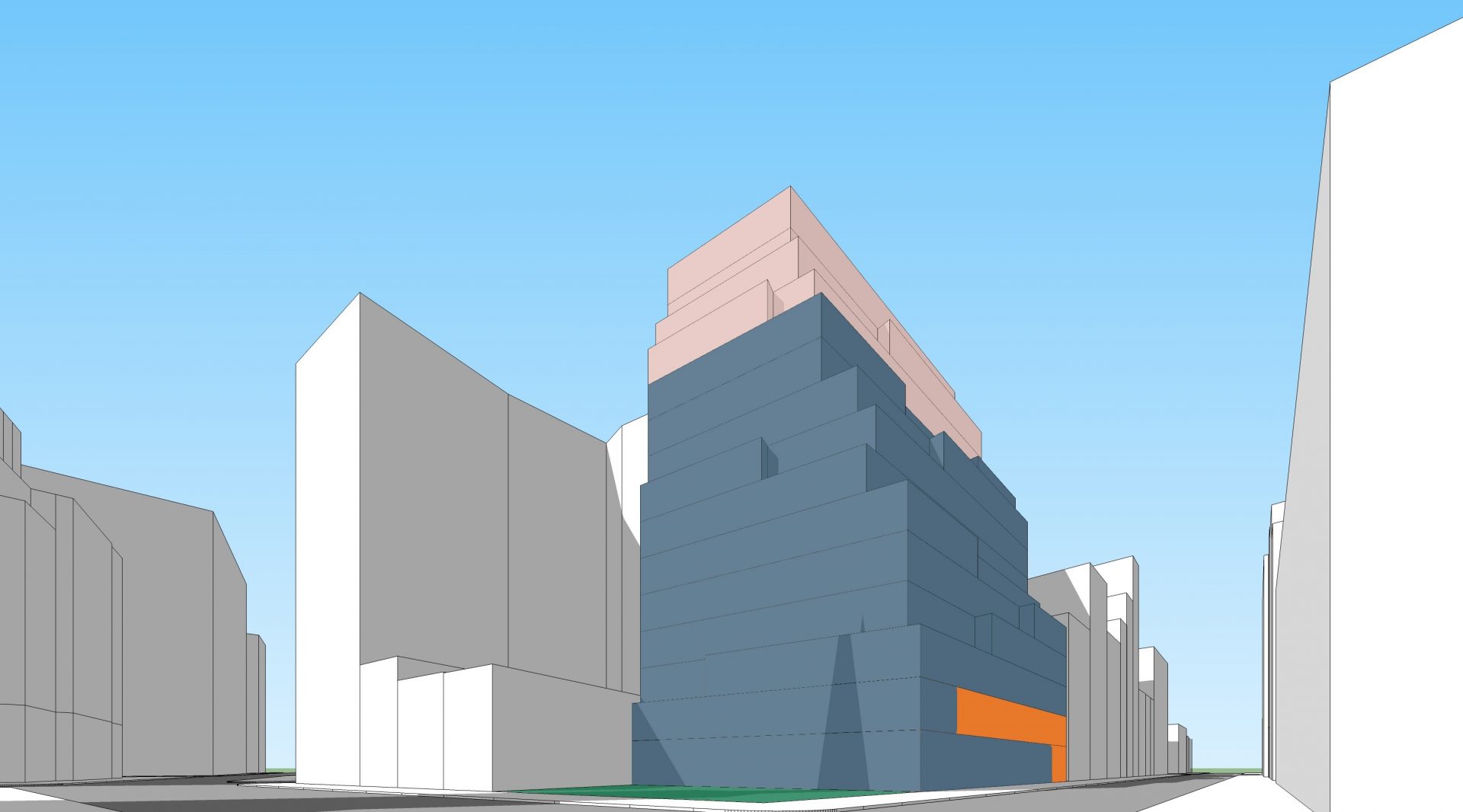 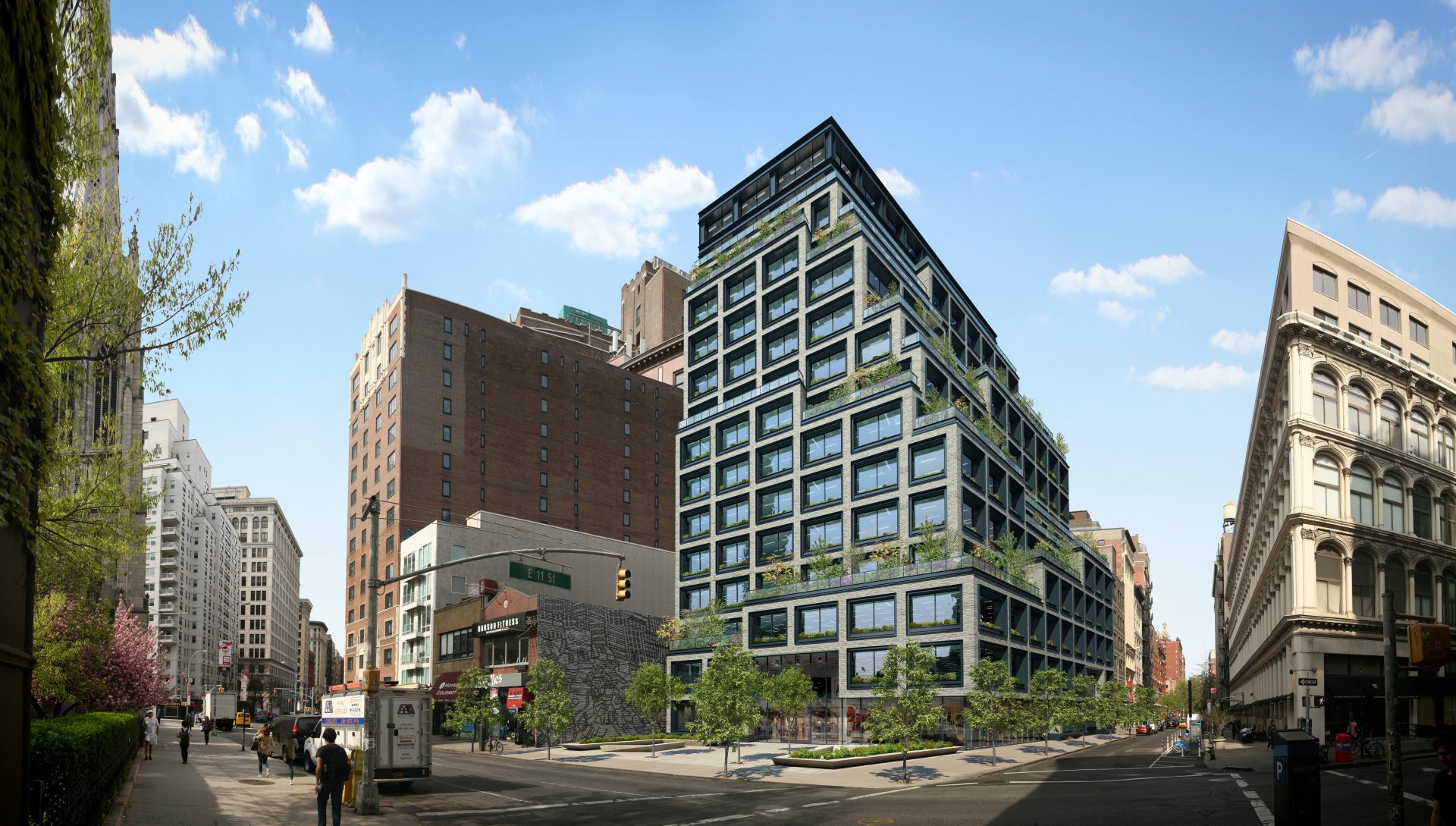 From the ground up, the our design team took cues from the historic neighborhood setting, utilizing horizontally-aligned cast iron window casements and crisp, gray brick. Planted terraces climb up the building gradually to give it a captivating geometry. Retail spaces with floor to ceiling windows engage the neighborhood at the street level. The building is set back from the street to create an entry plaza and open green space that features a mural on the neighboring building—a perfect canvas for the artists in the area. A penthouse lounge with access to a landscaped roof terrace crowns the building’s 12 floors of office space, offering sweeping views of the neighborhood for employees. 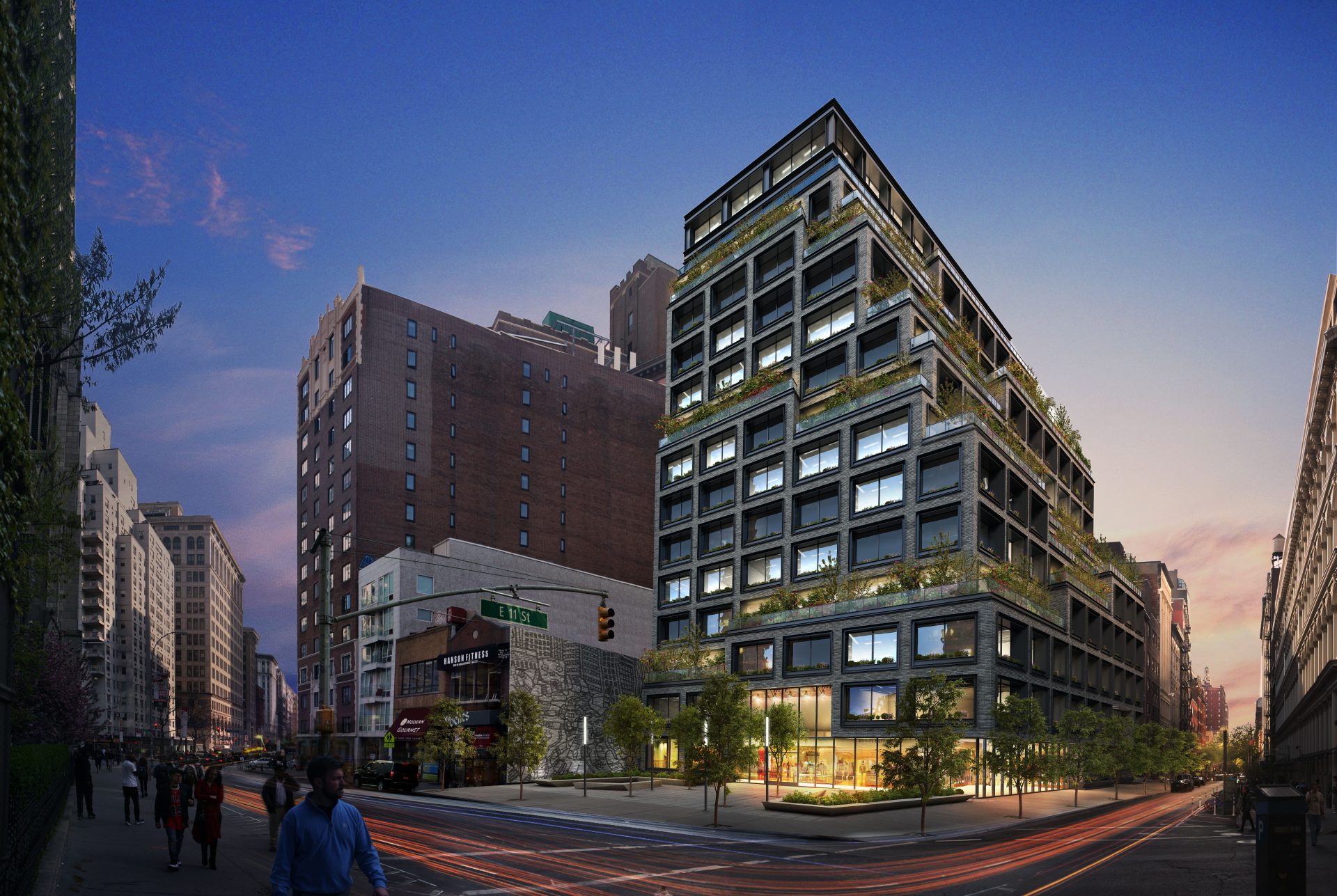